Rhinoplasty surgery is one of the most finessed and complicated of all cosmetic surgical procedures. A plastic surgeon typically will evolve and improve their rhinoplasty techniques throughout the course of their career.

Rhinoplasty is one of the most commonly performed aesthetic surgical procedures in the United States. In addition to providing cosmetic benefits, rhinoplasty can also improve nasal airway breathing, and in those cases, is viewed as a functional procedure.

In addition to addressing the functional components, which typically involves surgery on the septum and/or turbinates, there are a variety of ways to categorize rhinoplasties.

The most common form of rhinoplasty performed by Dr. Rapaport is a full reduction rhinoplasty. The patient that requires this type of rhinoplasty typically has some degree of bump on the bridge of his/her nose (plastic surgeons call this a dorsal hump!) and also wishes to have some degree of refinement of the tip of the nose.

This procedure involves shaving or rasping the bone and cartilage which make up the bump. After the hump has been reduced, the bridge of the nose appears widened. This is referred to by plastic surgeons as an open roof deformity. This temporary intra-operative deformity is eliminated by moving or fracturing the nasal bones, thereby closing the open roof deformity.

The tip of the nose is typically treated with a conservative removal of cartilage and/or internal suturing to improve its shape. If the base of the nasal tip appears wide, alar base resections may be performed to produce narrowing. A full rhinoplasty, as described above, is performed under general anesthesia and takes about 1.5 hours to complete. Dr. Rapaport usually performs rhinoplasties in his New York, fully accredited, on-site operating suite.

In instances where a patient only desires or needs a refinement of the tip of the nose, a tipplasty is performed. Tipplasty may be performed either under local anesthesia, or with sedation anesthesia. As opposed to full rhinoplasty where the bone is moved (and therefore, a plastic splint is applied for several days), after tipplasty, no splint is needed and the tip area is taped for several days.

For the past 15-20 years, there has been a continuous discussion and debate among rhinoplasty surgeons regarding which technique is best. Open rhinoplasty, by including a small incision on the tip of the nose (on the columella), allows for the skin of the nasal tip to be raised up and retracted, thereby giving the surgeon full view of the nasal tip cartilages. This can allow for more precise suturing, grafting, and overall manipulation of the tip. However, the maneuver of "opening" the tip results in increased swelling and a prolonged period of healing, in addition to the fine, usually invisible, columellar scar.

In contrast to the above, healing is more rapid and tip swelling generally less pronounced following closed rhinoplasty. While some surgeons perform all of their rhinoplasties either open or closed, Dr. Rapaport individualizes his approach depending on the anatomy, complexity, and goals raised in each case.

With the advent of specialized and safe injectable products for the face, patients have increasingly been achieving significant improvement through non-surgical injection methods. 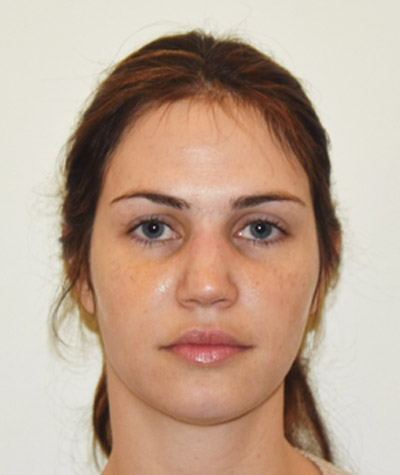 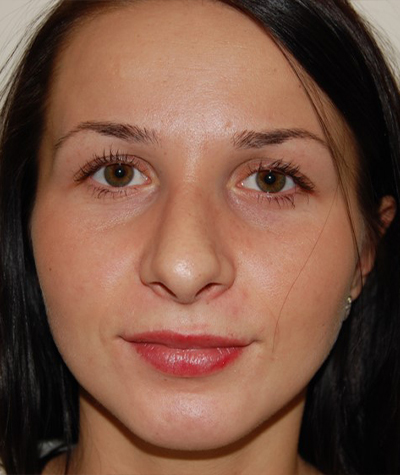 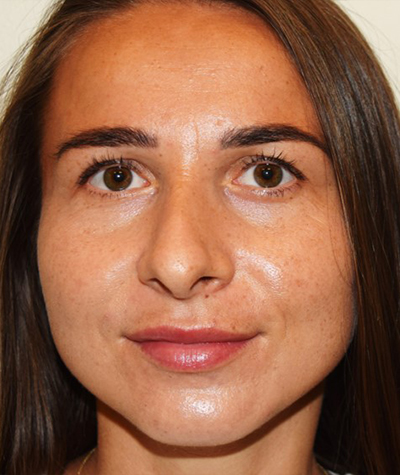 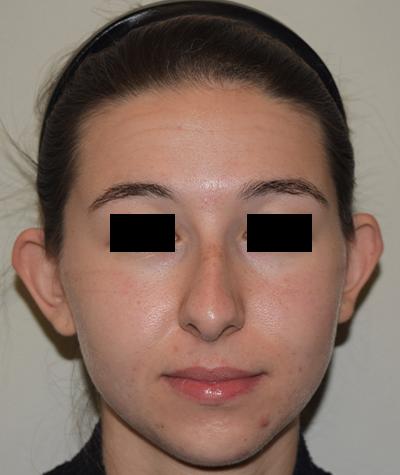 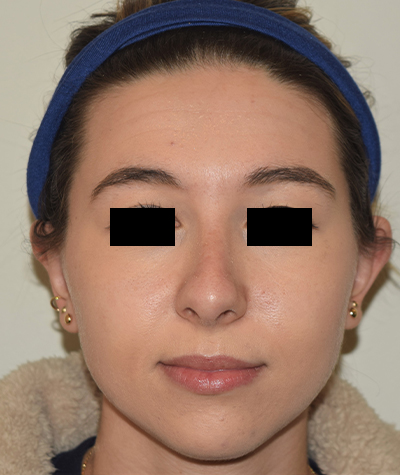 Following a full rhinoplasty, patients generally return home and spend most of the first day resting in bed with their head and back elevated about 30 degrees. Cold compresses are intermittently applied to the area and absorbent gauze is placed between the nose and the lips to absorb drainage. Patients typically wear a splint for approximately 4 days and can return to work 5-7 days following their procedure.

It is not uncommon for patients to have bruising around the eyes following full rhinoplasty. While some changes are visible just after the splint and tape are removed, it really takes a full year before the final result is apparent. It is for this reason that in most cases, revisions are not performed less than a year following rhinoplasty.

As a board-certified surgeon who served as chief resident at Harvard Medical School’s hospital in Boston and has completed a series of demanding fellowships, Dr. Rapaport’s expertise, skill and meticulously honed eye for beauty remain undisputed. As rhinoplasty requires an exacting, painstaking nature and dedication to detail, Dr. Rapaport is an easy choice for anyone seeking superior, elegant results that appear effortless and natural. For over 25 years now, he has been delivering exceptional outcomes in New York, building a reputation for excellence, compassion and artistry.

In addition to his credentials and talents, Dr. Rapaport is also highly approachable. He believes that frank, caring communication with patients is the cornerstone of excellent outcomes. He is also passionate about educating and informing clients to the best of his ability so that each might make the most well-considered decision for their own lives. This patient-centered approach has drawn a host of long-term client relationships based on trust and quality, and is the reason why Dr. Rapaport remains among the best rhinoplasty surgeons Manhattan has to offer.

By submitting this consultation form you consent to be contacted via phone/text or email.