The purpose of blepharoplasty (eyelid) surgery is to improve the appearance of the aging upper and/or lower eyelids. Oftentimes, signs of aging such as excess skin and bulging fat pockets can contribute to a more tired or a more harsh appearance of the face. Blepharoplasty procedures can greatly improve these indications of aging and result in a more rested, youthful and softer appearance. Upper and lower eyelid surgery can be performed alone or together, depending on the patient’s needs, and are often performed at the same time as other procedures, such as a facelift.

Upper eyelid surgery is performed primarily to remove the excess skin or drooping skin that may have formed around the upper eyelids due to the aging process. Heredity, sun damage and smoking can also hasten these changes. Younger individuals may also elect to have this procedure done to eliminate puffiness of the eyes from congenital excess fatty tissue deposits.

Upper blepharoplasty surgery can dramatically improve common problem areas such as excess skin on the upper eyelid itself (referred to as "hooding"). It can also greatly improve puffiness in the inner corner and middle of the upper eyelid caused by herniation (pushing forward) of fat in that area.

What happens during an upper eyelid blepharoplasty procedure?

In a typical upper eyelid surgery, Dr. Rapaport carefully marks the skin to determine the precise amount of excess skin to be removed during the procedure. It is crucial to avoid excessive skin removal, in order to maintain both a natural appearance as well as normal function of the upper eyelid in lubricating and protecting the globe (eyeball) The incisions are closed with fine sutures, some of which are to be removed as early as 2 days postoperatively, thereby minimizing the visibility of any scars.

While the main problem with the aging upper eyelid is generally excess skin, the main problem with the lower eyelid is generally excess fat or "bags." As we age, the fat surrounding the eyelids diminishes, while the fat that causes the bags does not. Furthermore, the membranes which frequently hold that fat back in youth become more relaxed with age and so that fat bulges out more. The reason the fat in bags does not diminish with age is that it belongs to a different compartment than the superficial fat in the face; it is actually orbital fat, meaning fat which surrounds the eyeball. That is why people often refer to bulging lower eyelid fat as herniated fat. These facts of nature lead to the lower eyelid area becoming increasingly harsh in appearance as many people age, with many seeking both nonsurgical as well as surgical options for improvement.

Reducing the excess fat of the lower eyelid is generally quite straightforward, and as explained below, can be done either from within the eye (transconjunctival) or from outside the eye (open approach).

What this means is that if the excess skin is simply surgically cut away, the lower lid itself will become pulled down. This creates an unsightly appearance called "scleral show," which means seeing the white of the sclera under the pigmented cornea in the lower lid. It can further lead to a phenomena called ectropion, which is an actual outward turning of the lower lid border. These issues can lead to tearing as well as significant dry eye problems, in addition to the unsightly appearance.

For these reasons, Dr. Rapaport assesses each case individually and will advise whether any lower eyelid skin at all can or should be removed. In some cases, a procedure to improve the support of the lower eyelid is performed during lower eyelid blepharoplasty, and this is called a canthoplasty. This is a tightening of the actual support structure of the lower lid. It is not a simple procedure, and will be reviewed in detail if recommended.

What happens during a lower blepharoplasty procedure?

For eyelid puffiness primarily caused by excess fat, Dr. Rapaport can often remove the fat using a transconjunctival approach. With this approach, the incision is made inside the lower eyelid, and excess fat is either removed or repositioned to achieve an improved contour of the lower lid.

Since the incision is inside the eyelid, no sutures are required in this case, and there is absolutely no visible scar. In cases where patients have excess skin of the lower eyelid, Dr. Rapaport will choose to make the incision in an inconspicuous site along the lash line and smile creases of the lower lid. Excess fat and skin are then trimmed away, and the incision is closed with fine sutures.

Dr. Rapaport can readily perform upper eyelid blepharoplasty under local anesthesia. This is done frequently with oral pre-medication using a pill such as Ativan to help with relaxation.

Most patients still prefer IV sedation. In this situation, the patient essentially has no memory of the procedure, but the anesthesia is minimally invasive, with the patient breathing on his/her own, and having a very rapid recovery. Lower eyelid blepharoplasty is almost always performed with IV sedation. 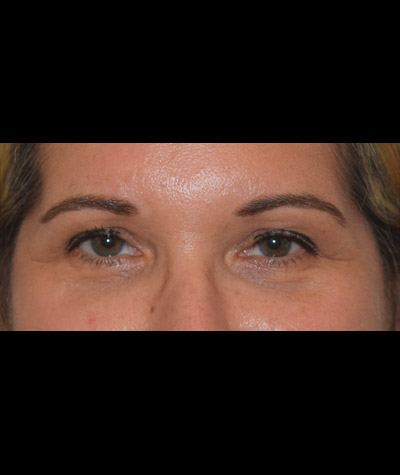 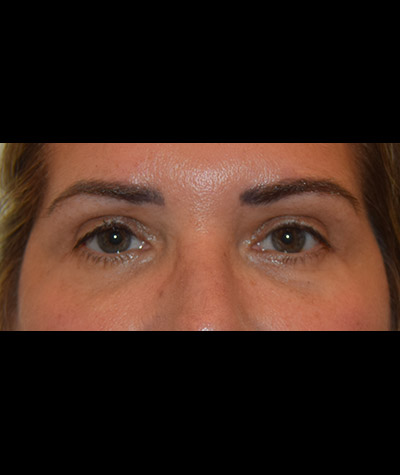 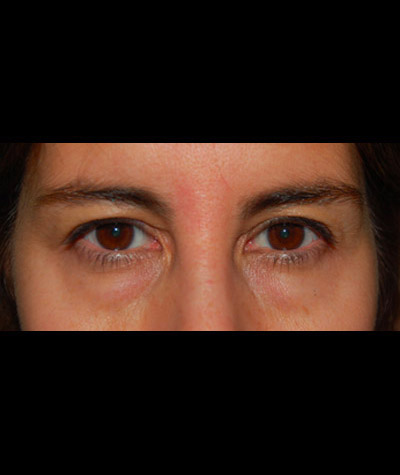 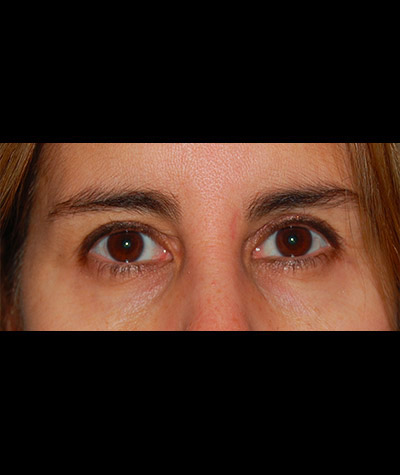 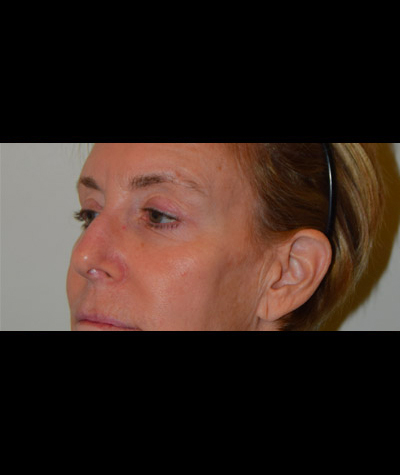 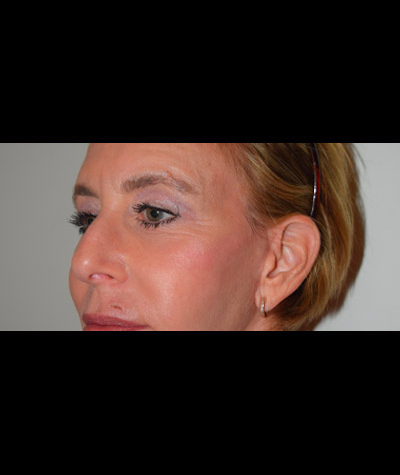 For the first night after blepharoplasty, it is important to rest with the head of the bed elevated about 30 degrees. Cold compresses are applied intermittently for the first week. It is also very important to avoid any straining or bending over for that first week.

Sutures, if they are used, are removed on or around the second and fifth days after surgery. Patients can return to non-straining activities within 1 or 2 days, but many will take 5-7 days off because of the bruising that commonly occurs following the surgery. Dr. Rapaport typically allows makeup to be applied one week after blepharoplasty.

By submitting this consultation form you consent to be contacted via phone/text or email.